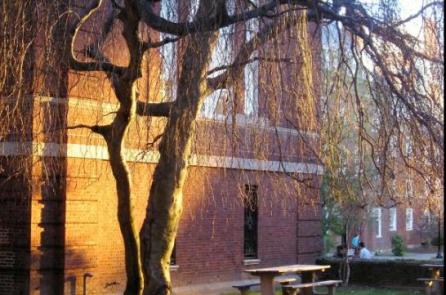 Each of the residential colleges sponsors seminars taught by regular faculty members or by distinguished guests. College seminars carry regular course credit in Yale College. Recent Silliman College Seminars have included “Race and Gender in Policing and Criminal Justice” and “Bioenergy,” to name a few. The seminars are selected by a committee of students and Fellows of the College, acting in cooperation with the Head of College. Contact the Seminar Committee if you want to help with the interviewing and selection of seminar instructors.

In Silliman, dances, films, plays, contests, concerts, receptions, and teas take place throughout the year. Announcements appear in the Head of College’s emails, on posters that you will see hanging in your entryway, and on the Silliman website.

All enrolled Sillimanders are invited to become members of SAAC and are entitled to attend meetings and vote. The Council acts as a forum for the discussion of matters important to the Silliman Community, allocates the Student Activities Fund and organizes most of the social events that take place in Silliman throughout the year. SAAC has sponsored events such as dances (including the 80s-themed Safety Dance), a haunted house, a ski trip, a karaoke night, fellow’s dinners, a trip to Six Flags, a volleyball tournament, a trip to a baseball game, a trip to Broadway and the Apollo theatre, and a year-end carnival known as RichFest. Come to the meetings to help plan these activities, or to suggest ones of your own.  Council officers are elected each semester, and freshmen are especially encouraged to run for office. Look for signs and emails and come get involved in the ins and outs of your college. This is a great way to get to know other people, to discuss improvements to the college, and to eat free pizza, soda, and candy.  Meetings are Mondays at 10:00 PM in the SAAC Room.

Silliman  was a THREE TIME Tyng Cup (Intramural) Champion (2006, 2007, 2008)! Help Silliman take back the Tyng Intramural Championship this year!  Get in touch with the secretaries, and try to play at least one sport a season. Play soccer against Pierson or inner tube water polo against JE! All students—regardless of ability are invited to defend the Silliman banner against other colleges in intramural competitions. The college that scores the most points in Intramural competition is awarded the prestigious Tyng Cup. You don’t have to know how to play: we will explain the rules of the game to you, so don’t be shy and come play IMs. It’s a wonderful opportunity to have fun and meet people and take a break from studying. Watch the IM white board in Byers Hall for announcements, schedules, and what sports are in season. Feel free to contact the secretaries if you want more information.

James Osborn, a former Fellow of Silliman, gave the College a magnificent set of Schulmerich handbells which offer a chromatic range of three full octaves. Anyone interested in performing in a group with these handbells should contact the Head of College’s Office. Performances by the Silliringers — who, in the words of former Head of College Brownell, “practice for minutes and minutes” before performing — is a holiday tradition.

The Sustainability Education Peers (STEP) is a student-run organization whose goal is to help Yale become a sustainable community. We aim to educate our peers about the practical components of living in a responsible and environmentally-conscious manner. We also work toward generating a campus-wide culture of sustainability wherein environmental awareness is an integral part of the Yale experience.

Tutoring in Elementary Schools (TIES) is the largest community service organization at Yale. Founded in 1990 by a junior in Silliman, it has since spread to every other residential college. Silliman’s TIES volunteers may choose either to tutor a child at Celentano, the elementary school with which Silliman is affiliated, or to teach an after-school class there through the Extended Day program.